To build a free (as in freedom, not free Biryani) computer running completely on freedom respecting software without any prorpietary binary blobs.

A Libreboot X200s bought from here. The proprietor of Flashed Tech, Jordan Smith was generous enough to upgrade me to 512 GB SSD for a delay in order processing. Jordan helped me in building the machine from bottom up, just the way I wanted it. Also, shipped it through USPS to India. It took weeks to reach India and stayed at the Customs office here. The Customs officer here in Bangalore was asking me to pay a bribe (indirectly) to release my laptop. The Customs officer had questions such as -

It was like an interrogation (obviously, for solicitation). As if I had committed a crime under the Law of the Land, just to buy a laptop from another country (which everyone is anyway doing when they buy through an Indian shop here). I did somehow manage (well, I had to pretend that I was recording the conversation and then might make it public. The customs officer felt a little threatened by that) to get the laptop released by not paying any bribe but, by making legal customs payment with receipt. I had to go all the way to the Post office which is about 10 miles away from my place to get this all done. Also, the parcel wasn't delivered to my home but I had to pick it up directly from the Post office. It took about a month to reach my hands since I placed the order! I have been using it for about a year now and it works just fine. There are other models and vendors too, whom you may buy from.

I use two external displays (Dell U2412M) with the above machine which are connect to an Ultrabase X200 docking station. Having a docking station helps in connecting more number of USB devices, provides for additional battery charging capability, has own speakers, and a SATA drive bay that could be used for DVD/CD or an additional hard disk. The in-built LCD display for the Libreboot has been removed completely in the setup I have. It's just the keyboard and the laptop base. Inspiration to do so - The typewriter. Well, they are hard to find these days. Also, my Libreboot doesn't become a typewriter just by removing the LCD display because it still lacks the paper input. The essence of the typewriter (to me) lies in its keys and tactile feedback. I felt the Libreboot X200s keyboard reminded me of that vaguely. Therefore, I made a headless (as in laptop without its own display) unit for laptop, but with external displays for usage. Going headless makes it less portable, but I chose aesthetics and nostalgia over portability. These displays are connected to Ultrabase X200 docking station using VGA and Display port cables. One display is in vertical and the other in horizontal mode. The vertical mode is usually used for running GUI applications and horizontal mode runs an integrated development environment. Other peripheral devices include a Dell KB216t USB keyboard, an USB mouse and a Logitech C270 HD camera with microphone. These peripherals are additional to make the system more convenient for usage. They are mere addons except for the camera which is needed for video conferencing and video recording. All the peripherals work with free driver softwares and do not need any proprietary binaries to be installed.

Uses Libreboot BIOS. Proprietary BIOS and Intel management engine (ME) have been me removed.

Usage of Wired Ethernet to connect to internet using Tor as described in this article. The commands in the article work well with Trisquel 8. Any application can be made to run over Tor from command line. I use wired ethernet for networking as it supports 1Gbps bandwidth (instead of wireless).

I use the Mate desktop environment for most of my work. I also have GNOME which can be selected before logging in. 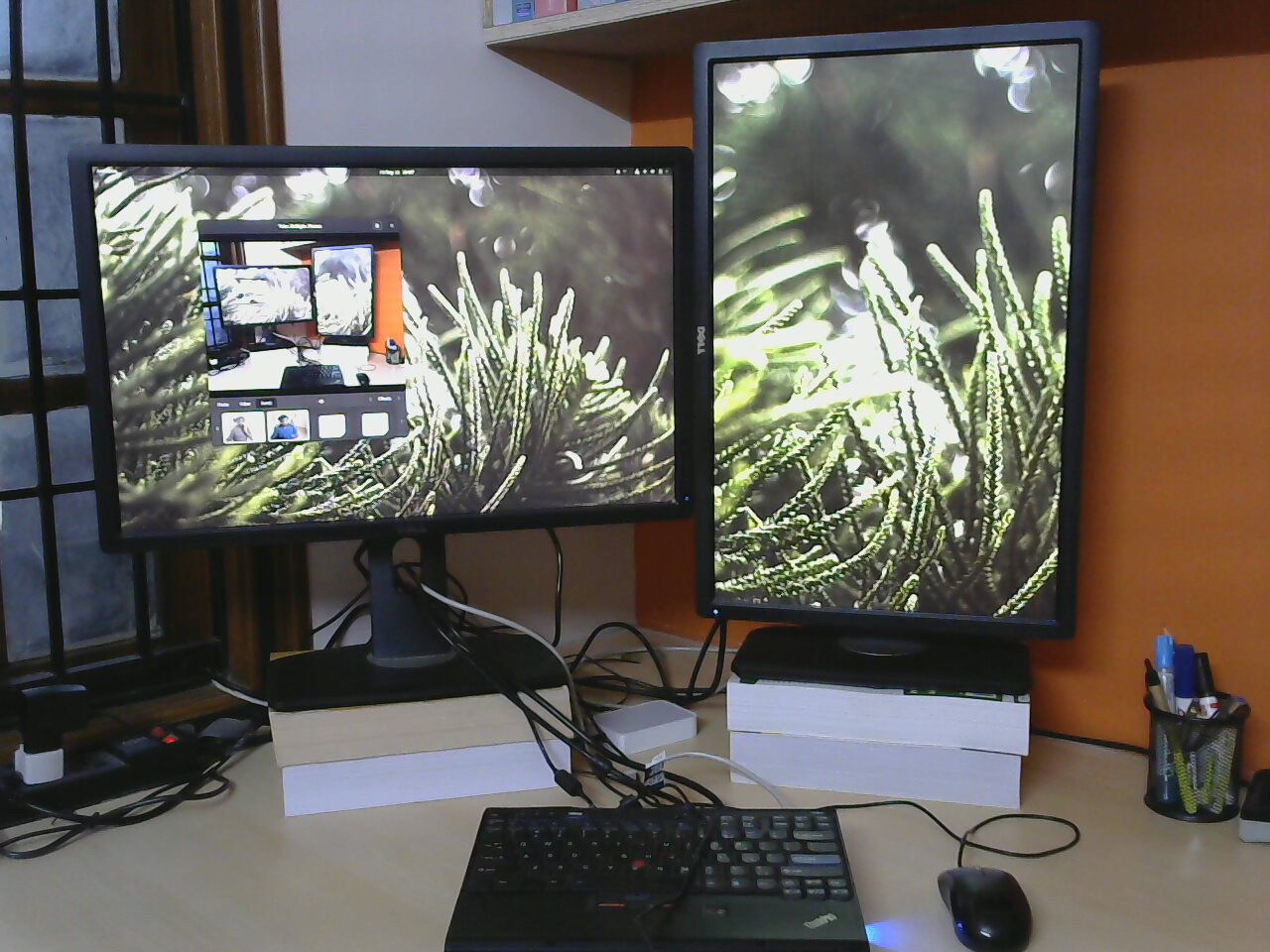 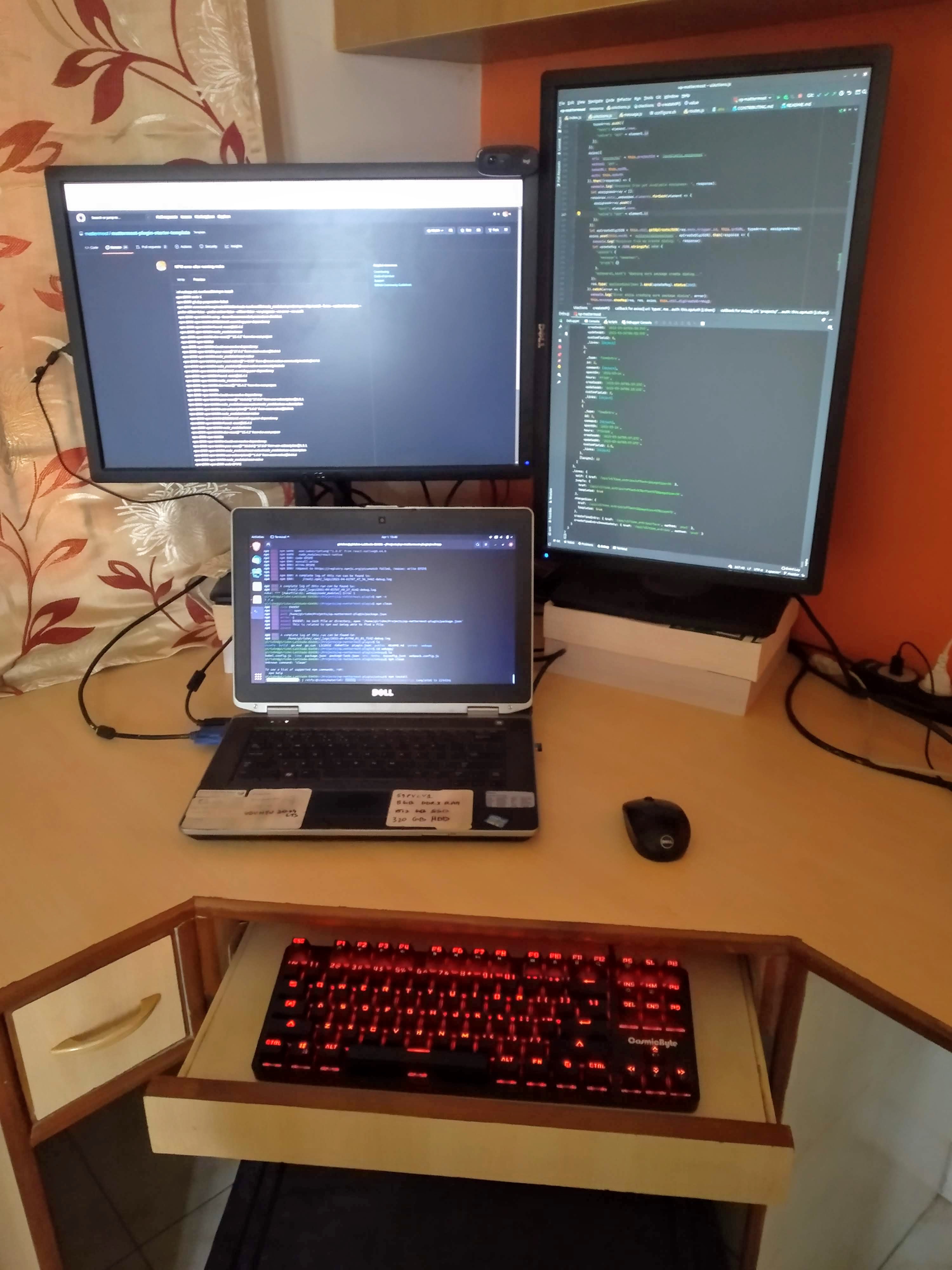 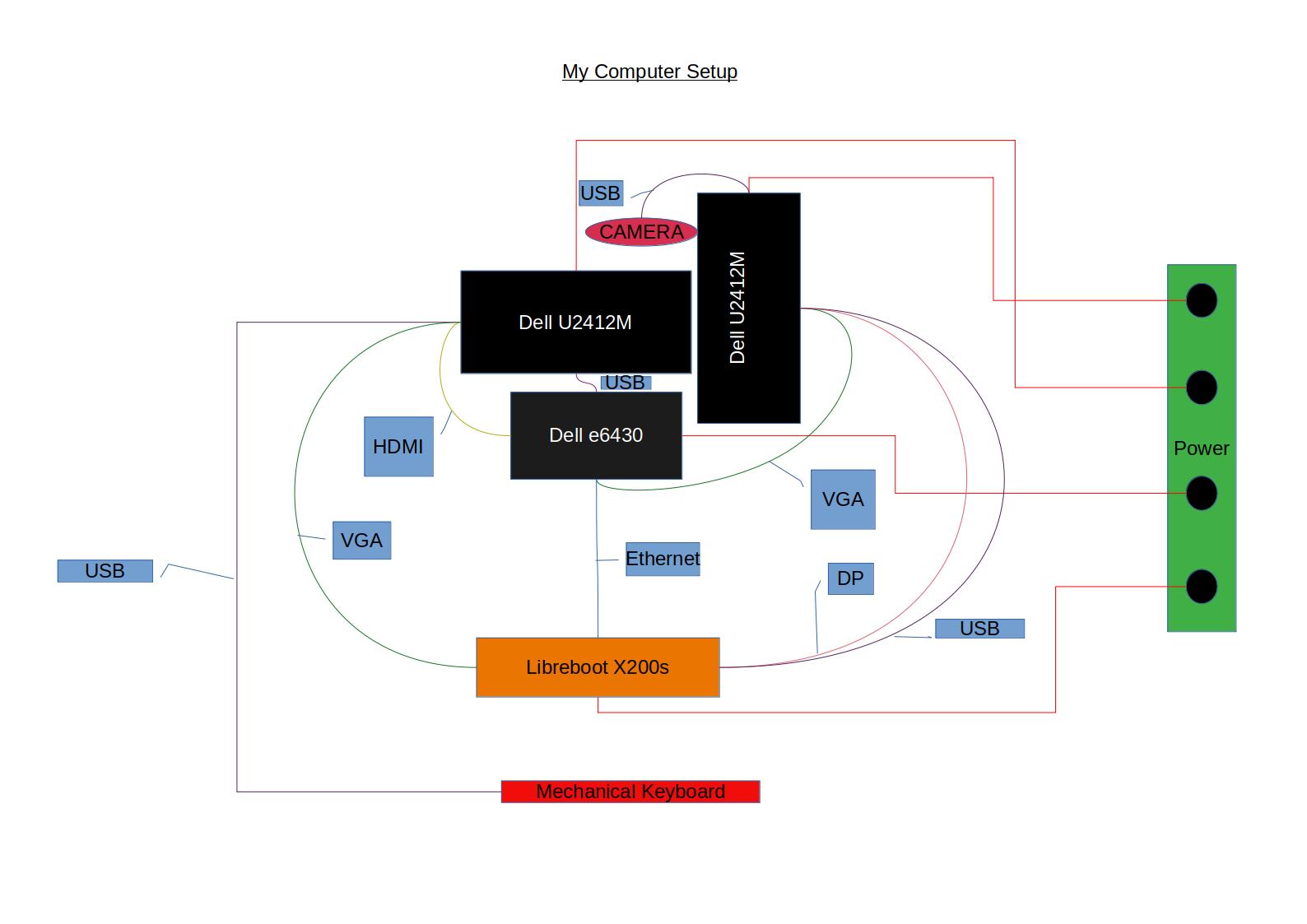 Want to read more? Subscribe to my weekly writings.

This work is licensed under a Creative Commons Attribution 4.0 International License. The source for this web-page can be found here